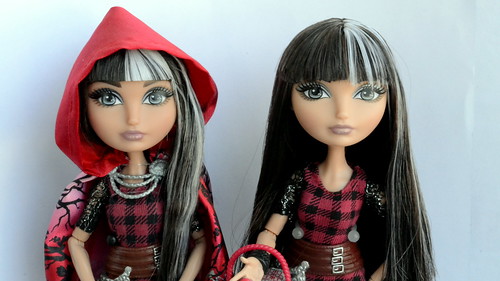 I wanted to point out the differences between the two. The first (most noticeable) difference is her eyes. The new doll has eyes that are printed further apart (or it at least appears that way).

The second difference is the lips. The older Cerise has gold dots on her lips; the newer one has silver dots.

And the least interesting change is the stand. The older Cerise has a black stand clip and the new one has a clear stand clip.

I LOVE the new facial screening. I’m happy to have them both. Cerise is such a great character and a beautiful doll 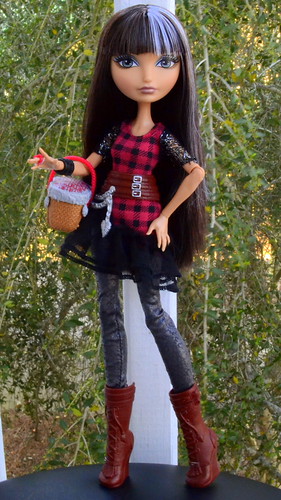